Master chronicler of post-War England Terence Davies adapts Terence Rattigan’s 1952 play about a woman whose overpowering, obsessive love alienates the men around her and destroys her well-being.“Rachel Weisz gives a remarkable performance” (The Daily Telegraph) in what Esquire calls, “A beautiful swoon of a film…”

…This deeply-felt drama unfolds in London in the 1950s, a time of rationing and privation as Britain struggles through the aftermath of the Second World War. Hester Collier (Rachel Weisz) leads a privileged life as the beautiful wife of High Court judge Sir William Collyer (Simon Russell Beale), though theirs is a companionable rather than a passionate marriage. When Hester meets a young ex-RAF pilot, Freddie Page (Tom Hiddleston), she falls devastatingly in love with him, and to the shock of those around her she leaves her marriage to live with him in shabby lodgings. But as time passes, Hester comes to realise that the dashing but damaged Freddie is unable to return her all-consuming passion, just as she is unable to return her husband’s love.

This heartbreaking theme of the painful inequalities of desire finds exquisite expression in Davies’ screen version, informed as it is by his evident love of the classic melodramas of the 1940s and 50s. The film’s subtle tones and muted palette capture the feel of the period but are given lushness and depth ñ an evocative visualisation of the narrative pull between emotion and repression. Musical choices are faultless, whether adding joyful or more tragic notes, and casting is meticulous, both in minor and more substantial roles. All three leads are superb, with Tom Hiddleston and Simon Russell Beale giving wonderfully nuanced performances, and Rachel Weisz in award- worthy form as the vulnerable, courageous Hester. –Sandra Hebron 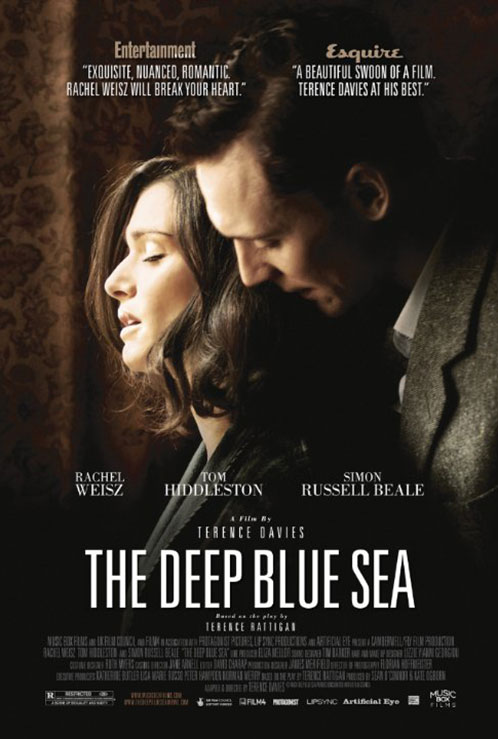