A mysterious man journeys from village to village to hear peoples’ sorrows and collect their tears. But to what end? A beautiful and otherworldly film that proves to be “a continual source of surprise and wonder” – Variety

The otherworldly salt islands of Iran’s Lake Urmia provide the fittingly surreal setting for director Mohammad Rasoulof’s mesmerizing fable and surreal political satire. “I’ve come to listen to people’s heartaches and take away tears,” says an old boatman as he rows among the gray waters and white salt islands of Urmia (the third-largest saltwater lake in the world). As people whisper their sorrows, he collects each person’s tears in vials, later to pour them into the sea. A contemporary Odysseus or Gulliver, his travels reveal a world woven from both dream and nightmare, where the collective always conquers the individual: an entire village gathered to celebrate the funeral of a young woman “too beautiful to live among us,” an outcast lowered into a well to bury there all the dreams he has been given or a painter blinded by a king for not “seeing” the world as he should. Cinematographer Ebrahim Ghafouri brings Rasoulof’s fantastic script to astonishing, painterly life, creating a world seemingly drained of color. A portrait of a land where there are enough tears to fill up the seas and where all dreams must be buried underground, The White Meadows works as both a veiled political critique of contemporary Iran and a timeless, unforgettable fable in the tradition of Swift or Kafka. Either way, it’s a stunning follow-up to the director’s Iron Island (SFIFF 2006) and confirms a distinct new voice in Iranian cinema.  -Jason Sanders

White Meadows is co-presented by the Global Film Initiative and is part of the Global Lens 2011 film series. For more information, visit www.globalfilm.org 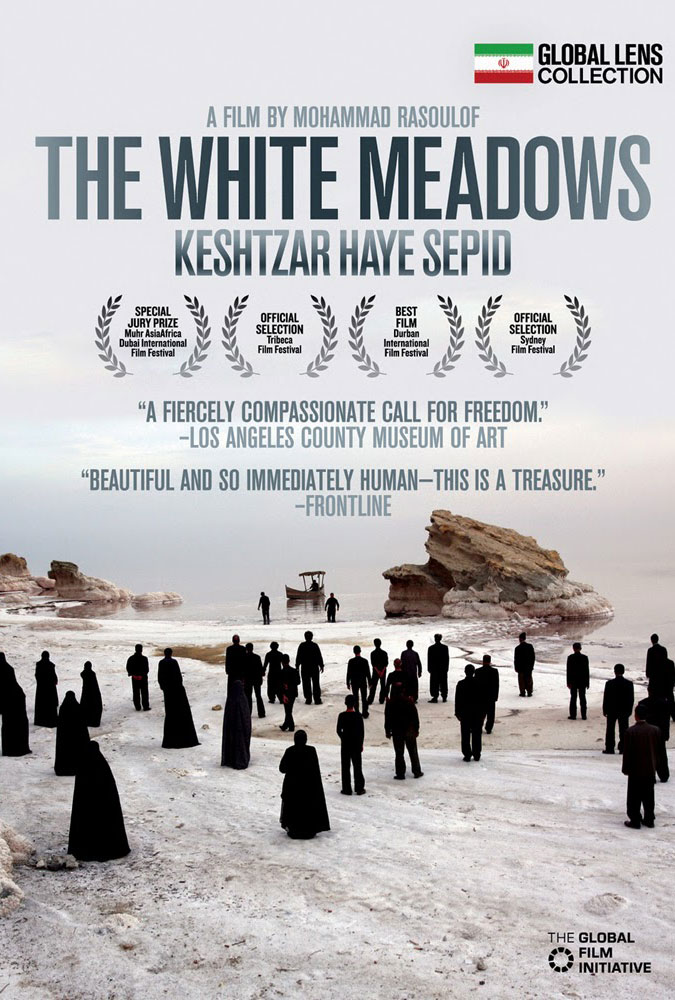