Brimming with magical realism, we enter a world in which the misconceptions of our belief in a solid reality are revealed. Space and time bend in a way to challenge the audience with what is real, what is an illusion, and what is beyond…

ALCHEMY OF THE SPIRIT explores the mysteries which transcend our physical universe and open a doorway into a different dimension, where ultimately, in the aftermath of death, there is an evolution of life which expands awareness, serenity, and inner peace.

“There is a real existential beauty in this story that is fully realized emotionally through the use of light and color. Cinematography is magical. Hypnotic.” – Debbie Lynn Elias, Film Critic

“Dripping with theatricality… Spectacular. Alchemy of the Spirit is a genre-bending ode to art and romance. It’s a visual love poem.” – Liz Whittemore, Reel News Daily

Film Threat magazine says, “Balderson makes movies that are so gorgeous that it’s not unreasonable to say that, cinematographically at least; he’s the equal of an Argento or Kubrick in their prime. Some people have perfect vocal pitch, Steve has perfect visual composition.”

Interested not just in film but also architecture, design and elements of time and space, Balderson’s milieu is all-inclusive and his work bears an unmistakable, individual stamp. Though he chuckles when he says his idea of a good time is ‘going out to sketch a story board,’ he’s not kidding. Driven and prolific, in 2018 Balderson directed his debut music video for Jane Wiedlin of The Go-Go’s.

In 2020, Steve published his first book called “Filmmaking Confidential: secrets from an independent filmmaker” which debuted in the best-seller charts on both Amazon and Audible. 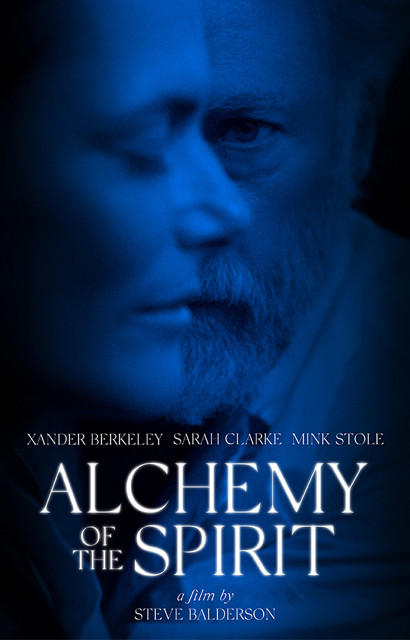