Jonas Olsen (Kellan Lutz), a chess player haunted by a tragic past, is given an opportunity to participate in a mysterious game, Divertimento.

Keyvan is a 21-year-old French filmmaker. He made his first short Vesper (2017) when he was 18 with German actor Götz Otto (Schindler’s List, Tomorrow Never Dies, Downfall, Pillars of the Earth, Cloud Atlas, Dignity…). He made his second short Nox (2019) with Australian actor Matt Passmore (The Glades, Satisfaction, Jigsaw). His new one, Divertimento is his third short. Each of the actors of this short accepted to make this movie in less than two days, Keyvan was compared with a ‘young Spielberg’ by Lutz and Otto on set. 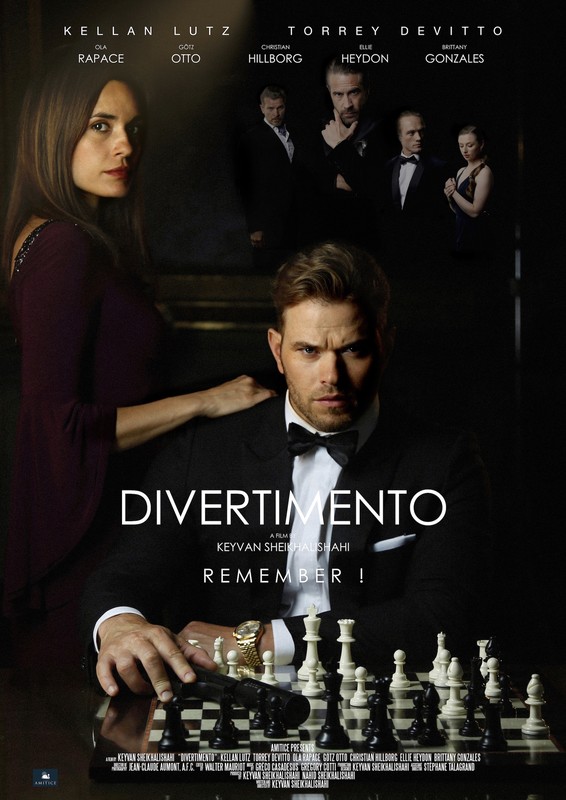