Mantra explores the social phenomenon of chanting with artists and others who use this and meditation in their daily lives.  This new music-based movement helps people find healing and inner peace by singing mantras with others and are able to reconnect with their true selves also by discovering other practices like Bhakti Yoga.  As our characters’ stories unfold, we meet the musicians who have inspired such as Snatam Kaur, Deva Premal & Miten, Krishna Das, Lama Gyurme and Jai Uttal who, over the years, had their lives transformed as well through their music.

“Mantra,” the teacher says. “Man”=”Mind,” “Tra”=”Transcendence.” Does repetitively chanting a mantra bring peace of mind? Yes, says this documentary, a peace that is available to anyone, the lonely, the addicted, the dispirited. The film says, “There’s a way back.” This attempt to pictorialize the ineffable has at its heart a goodly number of calming, joyful musical performances, in concerts where audiences are encouraged to sing along, in concert with the musicians. There are also interviews with enlightened acolytes, including a yogi, a DJ, an astrologer, an M.D., a Sikh, even a San Quentin inmate who declares that intoning a personal mantra works, even for him, even in there. One woman frankly admits, “Yoga and meditation saved my life.” On the medical side, a doctor displays brain scans that show measurable changes in the thalamus after practiced inner concentration, that the rewarding discipline of turning off the noise in one’s brain makes a real metabolic difference in one’s body. And just when you think there’s too much science going on here, along comes another haunting song. The soundtrack alone is worth the price of admission. Our local tuned-in audiences may grok the film’s message more deeply than others might. And what is that message? It’s all about Om, sweet Om. –by Casey St. Charnez 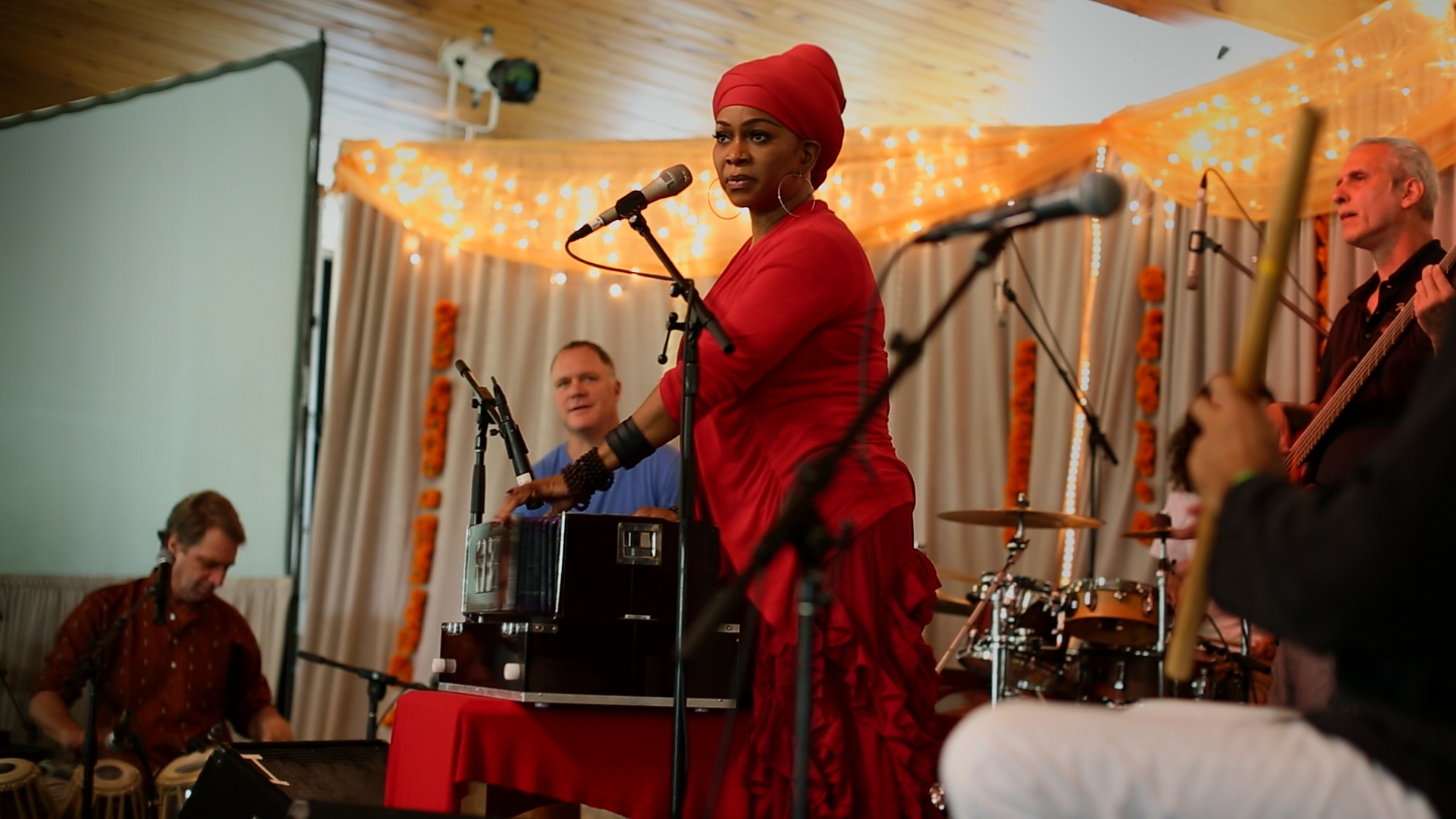