Frank Sinatra’s had a deep attachment to Palm Springs and the Coachella Valley, his primary home for almost 50 years. This film captures the spirit of the Sinatra era and pays tribute to the unique lifestyle of Sinatra’s Palm Springs and Rancho Mirage Revealing interviews bring to life a bygone era . . . beginning with the post- WWII years and Sinatra’s 1947 home in Palm Springs, tumultuous times with Ava Gardner, his 1954 move to Cathedral City/Rancho Mirage, his marriage to Barbara, and life at the “compound”. Featuring interviews with Barbara Sinatra, Mel Haber, Tom Dreesen, Nelda Linsk, Bruce Fessier, Trini Lopez, Michael Fletcher and many others who knew, lived and played with Frank Sinatra. In person: Director Leo Zahn.

The title says it all in this affectionate no-warts-whatsoever account of one Francis Albert Sinatra’s beloved California desert retreat, to which he often retreated from the Hollywoodness of it all, for a half-century. This movie is a feast for Frank-ophiles. After all, the site witnessed his marital battles with Ava Gardner, his starstruck guests like Alan Shepard, and enough Gentlemen of Italian Descent to turn his Coachella Valley compound into a Mafioasis. Deftly edited and fondly evocative of a bygone era, Zahn’s neo-documentary–there are a few unobtrusive re-enactments–spotlights some key talking heads: Principally, comedian Tom Dreesen who opened his live shows for decades; his great personal friend and fellow singer Trini Lopez; and widow Barbara Marx Sinatra to whom he was married longer than his previous three wives combined (although daughters Nancy and Tina are curiously absent). Now, “heartwarming” isn’t a word often used regarding Frank Sinatra. But this engaging work could seduce one into reassessing a man whose private life is here revealed to have been filled with abundant philanthropy, often local, always anonymous, and still going on now, twenty years after he passed at age 82. Nicely done. –by Casey St. Charnez, Ph.D., Home Video Editor, Maltin Movie Guides, Buyer, Video Library LLC 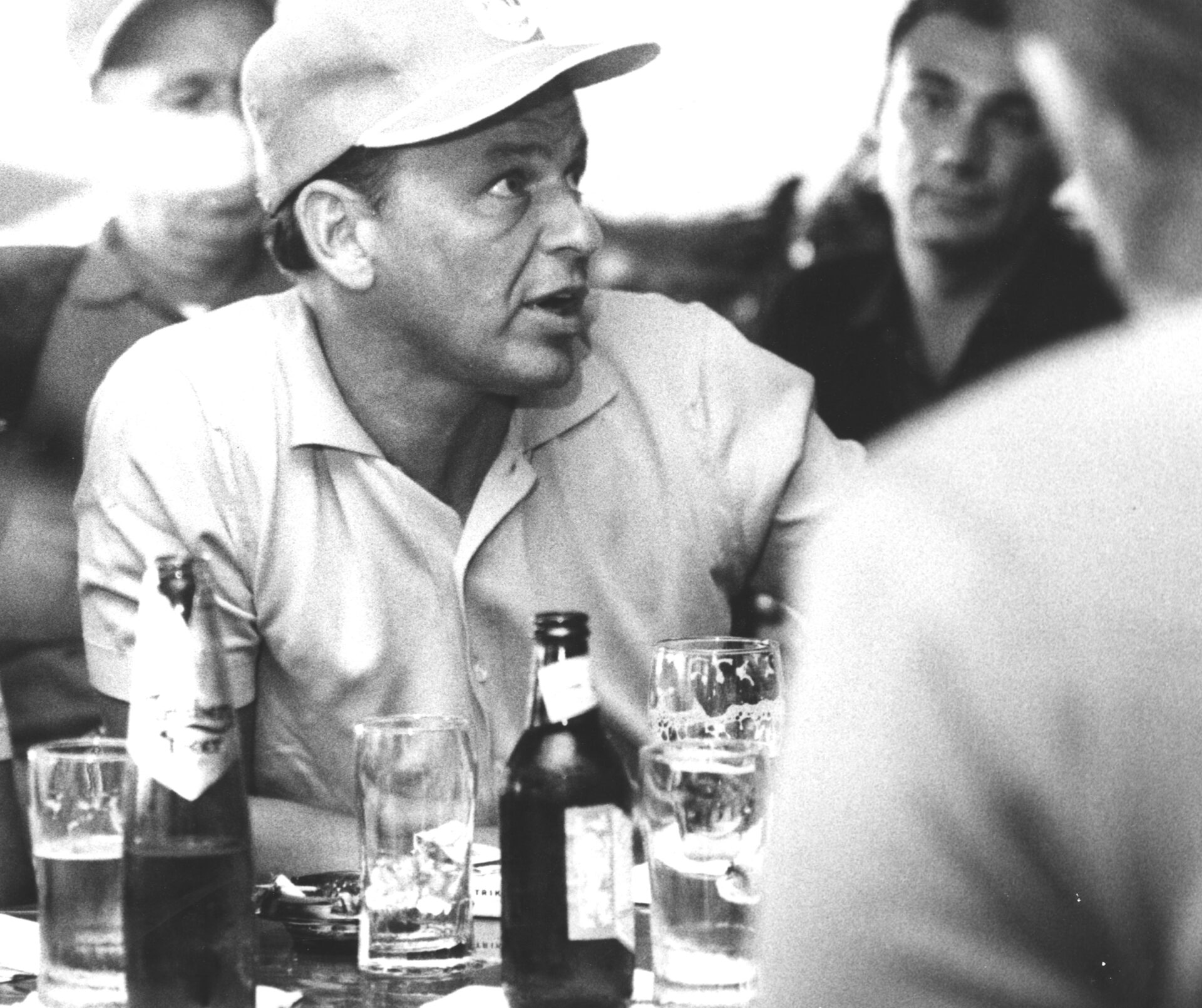