No longer girlie enough for her girlfriends and starting to become too girlie for her guy friends, and eager to grow up, Nika, a 14-year old tomboy, is just trying to figure out her place in the adolescent world. When she hears a rumor that her mother is a stripper, she at first doesn’t know what to do. Shocked, dismayed, and then curious, Nika decides to investigate. When she sneaks into the Hideaway, the strip club on the edge of town, she is ushered into adulthood, changing her relationship with her mother forever. 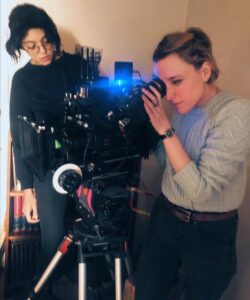 A poet and an actor, Jane Stephens Rosenthal grew up in Los Angeles and immersed in film. She moved towards directing after working with artistic director Yuval Sharon while writing the acclaimed LA opera “Hopscotch.” Writing her first short film, she realized that if she wanted to see/feel the story she had written as an actor the way she wrote/felt it, she was going to have to direct it herself. And she fell in love. Her directorial debut NO ONE EVER SAID premiered at the Independent Filmmakers Showcase, played in the LA International Shorts Festival, HollyShorts and will be online in the Unlonely Film Festival. She graduated from the American Film Institute in the directing program.

We don’t often enough see a young woman’s experience of what it is like being in-between childhood and adulthood on the screen. How sharp that edge is, how much longing there is and how much looking we do to see how to behave, where to fit in, and how much we judge what is around us in trying to make sense of it.

For me, being a filmmaker is about putting these in between moments on the screen. Digging into the complexity of emotions and the confusion of them. Film has so often been a salve for me, a place to turn to when I have felt alone, growing up, and not feeling a part of, that so much of my desire as a filmmaker comes from a place of wanting to give a mirror to those who don’t have it and to say I see you, I’ve felt that, Yes, me too.

So often when I look back at my growing up I wished there had been someone to be there to tell me that all my desire and fear and longing was okay, and that it was okay to become a woman and there was nothing to be scared of, even though it is very scary to become a woman, there is something empowering about it. Ultimately, I wanted to make a film about what it is like to see and be seen. That a parent is also a human, and the incredible moment when a child realizes that and the acceptance and change that can occur in a relationship when this is realized, for both parent and child.

I think it is an incredible gift to be human, and to be able to grow and change and I think the Hideaway is a testament to that discovery and the power one has as a woman and the resilience we all have to participate in this world. 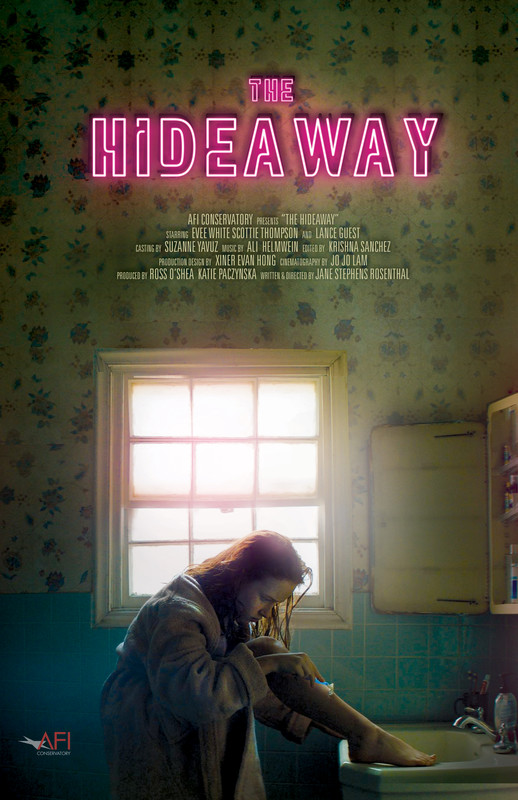