Narrated and starring Michelle Rodriguez (Lost, Avatar, The Fast and Furious), THE REVOLUTION GENERATION is a manifesto for today’s youth on the societal forces that have shaped and held back their generation, and how they can deploy their unique strengths to revolutionize the political system. Today half of the people on planet Earth are under the age of 40 – this is more people than were alive in 1950. Theirs is the most connected, educated and technologically savvy generation ever. Yet the hardships they face threaten to culminate in a perfect storm of economic, political and environmental crisis. This documentary explores the sweeping changes that lead to the world that young people are inheriting and paints a picture of how this generation is awakening to confront both the US political crisis and the global environmental crisis.

In 2017, Tickell published his book, Kiss the Ground, How the Food You Eat Can Reverse Climate Change, Heal Your Body and Ultimately Save the World. An Amazon Bestseller in four categories, Kiss the Ground details how the effects of climate change can be reversed through regenerating the worlds soils. After 7 years of work, 2020 is the perfect year to launch Kiss the Ground (the documentary) narrated by environmental activist and actor, Woody Harrelson.

Josh’s most recent book, The Revolution Generation – How Millennials can Save the World Before It’s Too Late, gives young people the tools they need to reshape political power, change the climate conversation and, to save Planet Earth’s ecosystems. The documentary of the same title is hosted and narrated by Michelle Rodriguez.

As a young girl, Rebecca had a lead role in the Christmas classic, Prancer, a film that had touched many people’s lives. Today, Rebecca Tickell is a director, producer, and environmental author and activist. She produced the 2008 Sundance Film Festival Audience award-winning, environmentally themed movie, FUEL, and co-directed/produced The Big Fix, an Official Selection of the 2011 Cannes Film Festival. Rebecca’s 2014 directorial debut (with husband Josh) was the critically acclaimed documentary, Pump, narrated by Jason Bateman. In 2016, Rebecca directed the John Paul DeJoria story, Good Fortune, as well as critically acclaimed award-winning documentaries, Kiss the Ground, The Earthing Movie and The Revolution Generation with her husband Josh. 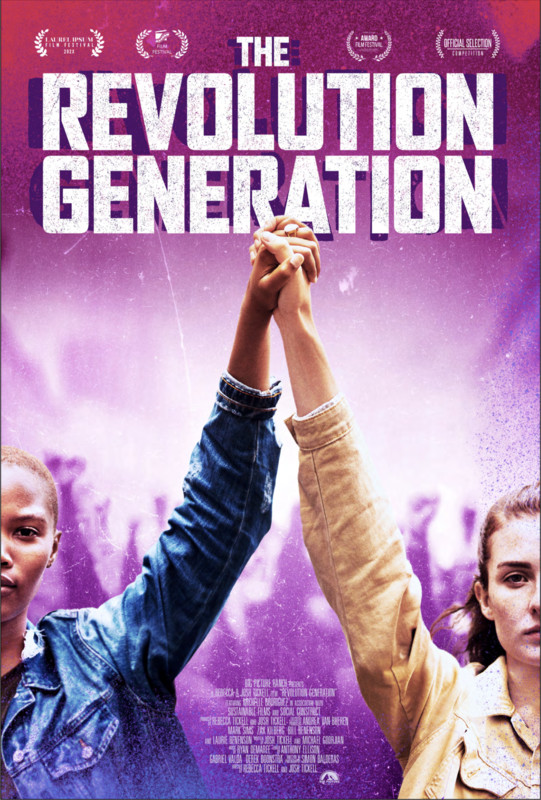