Two families on neighboring farms on the border between Brazil and Uruguay. Decades drive these people away. The physical proximity is separated by a fence and the set of prejudices, inexplicable hatred and lack of generosity. In the end of the year, between Christmas and New Year, the families gather on their respective farms. What nobody knows is that a love between two young people is about to break this barrier that is much bigger than the fence that divides the fields. The passion between Rodrigo and Juliana could be the point of recovery for a relationship marked by so many years of hatred, but, like Shakespeare’s original story, the human being is much more complex and inexplicable. Whether in Verona, Italy, or on a border farm. Tragedy lives inside people and is sometimes impossible to control…

Biography: Ane Siderman (1984) was born in Uruguaiana, Rio Grande do Sul, Brazil.
In 2000 she moved to Florianópolis, where in 2002, begun the college of Cinema and Vídeo at Unisul University. In 2005 she went to Buenos Aires to study at the Universidad del Cine, where she made 2 curses: Tecnicatura and Licenciatura in Dirección Cinematográfica.
In 2011 she moved to Porto Alegre where started to work as producer and assistant director on several Production Companies.

Filmography: Ane Siderman has directed 14 short films, stand out: “Abelardo” (2012) won best documentary at Mecal Chile Film Festival and 39a Jornada Internacional de Cinema da Bahia, went to 40 festivals in 10 countries. “Drops of Smoke” won 32 awards and have been screened on more than 100 film festivals around the world. Also, has worked as coach/or/assistant director at the feature films: “Lord of Wars” by Tabajara Ruas, “Little Secret” by David Schurmann, “The pink Apron” by Jayme Monjardim, “Contretemps” by Edson Celulari; “World’s West End”, “Shadow’s Surface” and “Your world isn’t for my eyes” by Paulo Nascimento. As a producer she worked on several projects for cinema and TV, was executive producer of the feature film “Beyond us” by Rogério Rodrigues. 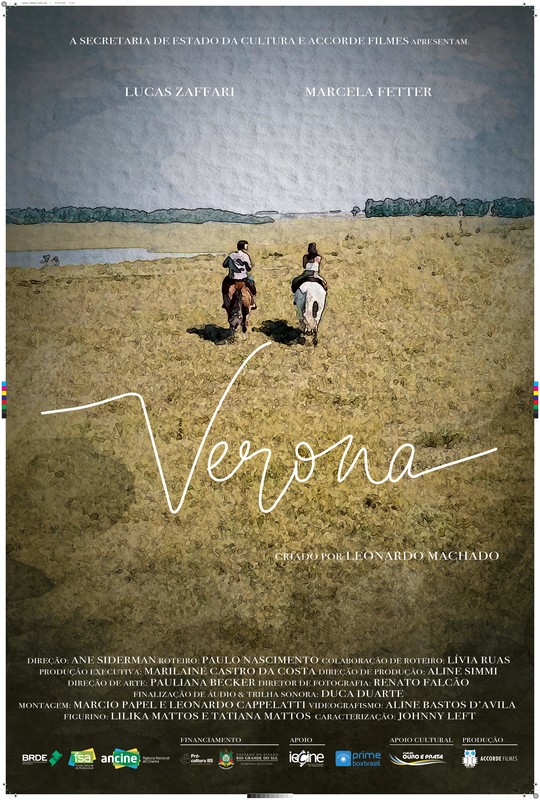