When Steve Young started gathering material for a segment on the David Letterman Show, he stumbled onto a few vintage record albums that would change his life forever. Bizarre cast recordings – marked “internal use only” – revealed Broadway-style musical shows about some of the most recognizable corporations in America with composers ranging from Jerry Bock (Fiddler on the Roof) to Kander and Ebb (Cabaret).  While tracking down rare albums, unseen footage, composers and performers, Steve forms unlikely friendships and discovers that this discarded musical genre starring tractors and bathtubs was bigger than Broadway. With David Letterman, Chita Rivera, Martin Short, Florence Henderson, Susan Stroman, Jello Biafra and more. 2019 WGA Award Nomination for Best Documentary. 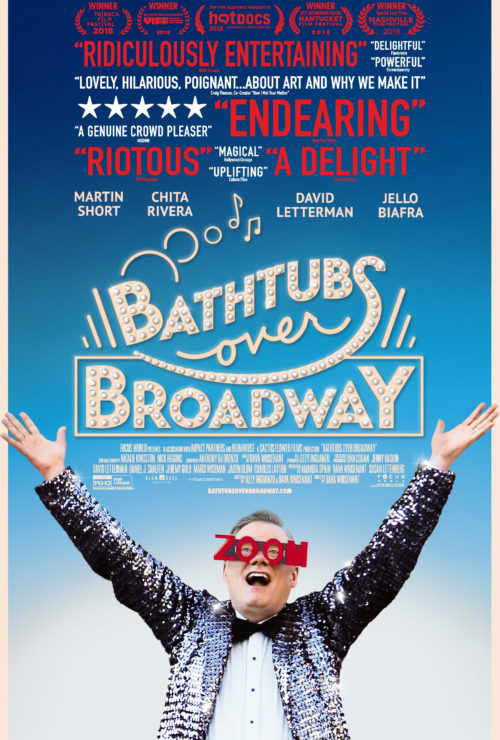