Panicked at the idea of losing his position, incumbent mayor Joseph L’Heureux refuses to accept the result of his hometown’s municipal election.

An unassuming middle-aged accountant learns he has only weeks to live. Rather than tell everyone, Martin determines to learn the three pages of a Bach adagio for piano he’d abandoned as a child.

Set in a surface mine, two boys sink into a seemingly innocent power game with Mother Nature as the sole observer. 2019 Oscar Nominated for Best Short.

An elderly woman and her nurse develop a friendship that will push them to dig up unconfessed desires and passions in an attempt to make peace with their pasts.  2019 Oscar Nominated for Best Short.

Struggling with depression, Louis finds out that his family is planning a prank on him for April Fools’ day. Problem is: it’s only March.

Mom breaks up with Dad while on vacation in Florida and flies back to Montreal. The kids, two immature, immoral and impressionable twentysomethings, only have a few hours to figure out how they’ll welcome her back.

Two boys strive to establish power over each other through the natural world. One boy attempts to convince the other that he has seen a fox, but their struggle holds little room for human faith. As they wander further away from the familiarity of civilization, the natural world they attempt to take advantage of demonstrates authentic dominance. Each boy is forced to reckon with the reality of this power in his own way. Ultimately, a confirmation of that human faith brings to bear the disparity between nature and civilization, and one feels deeply the potentials of these two world.

“I told you I didn’t like politics. It causes trouble.” This is the case with Mayor L’Heureux, who is poised to lose his reelection bid on a coin toss. Mr. L’Heureux places great personal stake in his victory, so his attempts to avert fortune are troublemaking in their frenzy. This frenzy leads not to tragedy, but an outlandish humor that reflects the quiet tensions of being political in a social world.

The 21st century is doing much work in washing away the shame that has traditionally accompanied sex work. Historical conceptions of virtue and bodily autonomy have shifted in a way that allows women to seek these professions as acts of liberty and to demand humane treatment within them. Vétérane emphasizes this cultural shift by placing an older, hardened prostitute within the context of this new environment. Her evident trauma, though unspoken, and her understanding of the dynamic between sex workers both serve to create tension between these worlds – disparate in philosophy yet bound closely by time.

Marguerite is an aging woman whose only companion is Rachel, her nurse. Their relationship is both tender and professional. When Marguerite learns more about Rachel, she is offered an opportunity to reflect on her own life and her understanding of what is possible. This reflection is evident largely in her expressions, a regular and prominent display. The film presents a kind of subtle grace: Only through this chance encounter with her caretaker is Marguerite able to make peace with a past she had forgotten.

After losing his girlfriend, Louis has fallen into a deep depression. His family is unsupportive, so his brother’s birthday party quickly becomes contentious. An attempted prank becomes a barrage of revealed secrets, and Louis’ family becomes an unexpected source of his recovery. This film is a composite of odd personalities and awkward interactions, lending to it a levity surpassing the gravity of its premise.

Two siblings learn that their mother and father are separating and, as they await the arrival of their mother, peel away the layers of illusion that supported their family. Their frustrations with each other build as they react uniquely to their new awareness. This prepares them to welcome their mother home, and they are rewarded with the reminder that age and wisdom are not always companions. 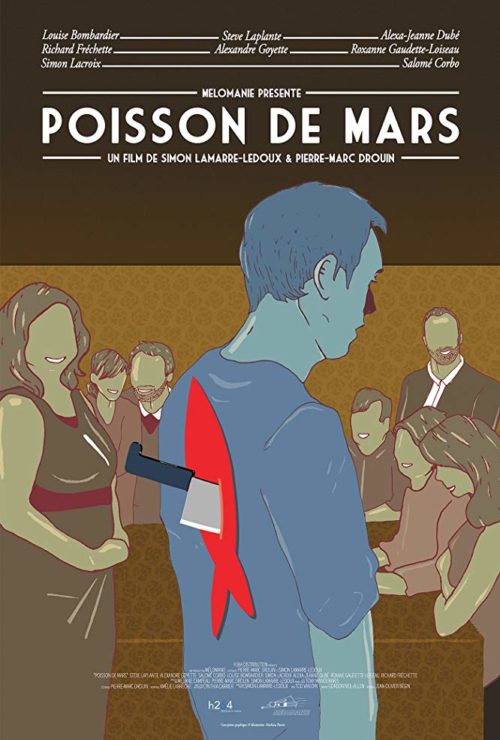