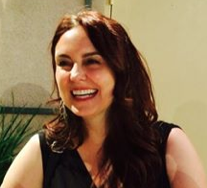 Lisa Zambetti, CSA – Lisa currently casts for the long running CBS procedural “Criminal Minds”.  Prior to joining that show, she worked on several comedies for NBC as well as dramas for ABC and USA networks.  In film she has worked on a wide spectrum of features, from a blockbuster studio film, to art house indies.  Lisa also casts new media including several major video game franchises. Prior to working in casting, Lisa was as an actor/writer/director and acting teacher in New York City.